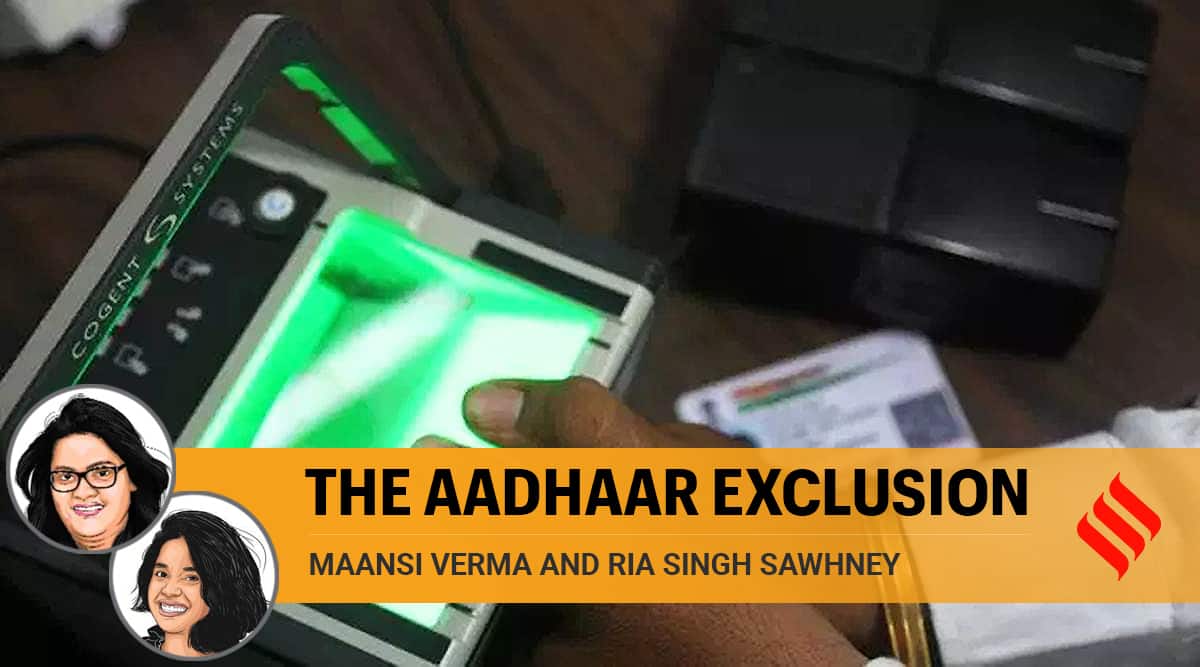 This week marks three years since a Supreme Court (SC) constitutional bench in Puttaswamy II shrunk Project Aadhaar to contain its significant privacy risks. Judge DY Chandrachud’s dissenting opinion was less optimistic about the possibility of containing the tech giant. His dissent, which ruled the law and the draft unconstitutional, noted: “The Aadhaar project failed to take into account and correct the flaws in its framework and design that lead to serious exclusion problems… The guarantees constitutional laws cannot be subjected to the vicissitudes of technology. “

According to news reports (IE, August 8), the Justice Department approached the UIDAI to request Aadhaar authentication for voter verification, apparently under these rules. This follows an earlier proposal by the Election Commission of India (ECI) to the Law Department, requesting permission to use Aadhaar numbers to deduplicate the voter database, through proposed amendments to the law. on the representation of the people and the Aadhaar law. The ECI claims that the SC authorized the voluntary use of Aadhaar for state services if there is a law authorizing it, if there is a clear state interest involved and if the test proportionality is satisfied. Even if the ECI’s interpretation is accepted, its proposal is unlikely to withstand the test of proportionality.

The proportionality test, established in the founding case of the right to privacy (Puttaswamy I), establishes strict parameters for state action that infringes the right to privacy: it must be supported by a law , and this law must be an appropriate means for a legitimate state objective. The ECI claims it needs to ‘purify’ and deduplicate the voter database by linking it to Aadhaar, but has not presented verifiable estimates of the extent of duplication in the ID database voters, nor an explanation of how the Aadhaar link would help contain these elements. duplicates. On the contrary, the government’s previous attempts to link voter ID and Aadhaar offer evidence of the exclusionary damage this would cause. In 2015, an order from the SC halted the national voter list purification and authentication program, which sought to associate Aadhaar with voter ID cards. (This order was confirmed in the court’s final judgment in Puttaswamy II.) Despite this order, the governments of Telangana and Andhra Pradesh went ahead and linked the two. The results of the “purification” have been disastrous. In 2018, at least 55 lakh voters discovered that they had been arbitrarily deleted from the voter database. The likelihood of harm cannot be clearer.

A law can only be considered proportional if there are no other less restrictive and equally effective alternatives. As the largest democracy in the world, India has a process of frequent revisions of the electoral rolls, during multiple and recurring electoral cycles. The CIS has not shown why these traditional verification mechanisms do not work, nor how they can be corrected with technology. The Constitutional Conduct Group, a non-partisan group of former public servants who has studied issues related to voter registration checks, suggests alternative measures – none of which include Aadhaar, whom it categorically rejects. The group stresses that the ICE needs to urgently focus on registering all eligible voters, especially migrants and marginalized groups. It will not be served by a purification process led by Aadhaar.

Finally, a law can only be considered proportionate if it does not have a disproportionate impact on the rights holder. The ECI does not appear to have undertaken an analysis of the associated privacy breaches or the potential for exclusion through its proposal. Articles 325 and 326 of our Constitution promise universal adult suffrage. No one, who is not otherwise disqualified, may be excluded on the grounds of religion, race, caste, sex or other protected categories. The Representation of Persons Act provides for a clear process for disqualification – those who are not Indian citizens, who may be “insane” or disqualified for electoral offenses. Any deprivation of the right to vote caused by the link between Aadhaar and voters’ identity cards would be legally prohibited and particularly harmful to members of marginalized communities and minority groups.

If there is one thing we have learned over the next three years, it is that technological solutions cannot solve socio-political problems, nor, as Justice Chandrachud argued, be allowed to put jeopardize our constitutional rights. The ECI’s latest attempt to tie Aadhaar to voter identification must be fought as unconstitutional and unacceptably prejudicial to our privacy and democratic right to vote.

This column first appeared in the print edition on October 1, 2021 under the title “The Exclusion of Aadhaar”. Verma is with Article 21 Trust and Sawhney is with Rethink Aadhaar.

Everything comes out in the wash: a cheap DIY print washer for waterless darkrooms